SUVs are hot right now, and the 2019 Toyota RAV4 continues to lead the pack in June. Toyota announced its monthly sales figures today, with its staple crossover selling 39,152 examples. That’s up a modest 3.8 percent from June 2018, but it still marks the best June ever for the model.

So, too, did sales rise significantly for the Land Cruiser in June. Mind you, the Toyota Land Cruiser is a large SUV that starts at $85,165. Nevertheless, it racked up a 17.2 percent improvement in its sales from the same time last year. In fact, these models models along with the Toyota Camry and Corolla, which both marked a small sales gain around 2.5 percent, were the only ones to gain in June 2019. The relatively scarce Marai also picked up, but it’s currently only sold in California.

But what about Lexus? In June 2019, Toyota’s luxury brand dropped 3.0 percent from this time in 2018. While most brands are doing well with crossovers, all of Lexus’ crossover models suffered in June 2019. In fact, only the redesigned ES sedan and heavily-marketed RC coupe posted gains last month.

Check out the full numbers below in our in-depth sales report. For more information on Toyota Tacoma and Tundra sales, head over to TFLtruck.com!

READ THE REST OF THIS STORY BELOW: 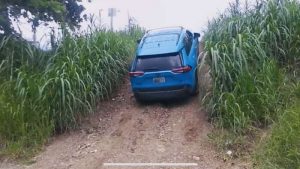 Propelled by great looking styling combined with all-new technology and safety, the 2019 Toyota RAV4 is more popular than ever before. Sales for this small SUV were up 3.8% in June, marking a best-ever month for RAV4. This is partially due to the RAV4 Hybrid phenomenon sweeping the entire country. Everybody wants one. With all these incredible upgrades capturing the SUV spotlight, one of the most overlooked advances is in the all-wheel drive capabilities for 2019 RAV4. You will not even believe what it can do now.

Thanks to the new advanced Toyota New Global Architecture (TNGA) platform, the all-new RAV4 is 57 percent more rigid than its 2018 predecessor. This ensures your new RAV will stand up to the test of uncertain terrain and harsh weather conditions.

A brief side note for background. I get many of my story and YouTube channel video ideas from car and truck enthusiasts I hear from all over the world. This time, I felt it was important to talk about RAV4 AWD benefits after seeing videos taken by a 2019 RAV4 owner and off-road enthusiast in Puerto Rico. My video below documents the amazing places a RAV4 can now go.

READ THE REST AT TORQUENEWS BELOW:

Toyota completely redesigned this wildly popular small SUV with its 2019 RAV4 entry. In addition to an abundance of new technology and safety features, it can now go places no other RAV4 could ever go before. Let’s see what 2019 RAV4 can do.

Why is RAV4 Hybrid so popular? The 40 MPG 2019 Toyota RAV4 Hybrid outsells every affordable EV combined in May. – Subscribe here at http://www.youtube.com/channel/UCe9o5o8JnpzLH0jWQ1r4opw?sub_confirmation=1 Tesla Model 3 is popular too and top selling, but the reason it’s the RAV4 Hybrid that is the top-selling green vehicle in USA it’s because of it’s price.

Your 2019 Toyota RAV4 and Other Models May Have Remote Engine Start, and You Might Not Know It

Toyota has taken great measures in the past few years to ensure its customers have the latest safety features and technological wonders in their new rides. This is especially true with the Camry, which was redesigned in 2018, and the all-new 2019 Avalon and all-new 2019 RAV4.

One of these features allows drivers to start their cars remotely using either their phone or their key fob. Some might already know about the phone feature, but very few people realize they can start their Toyota’s using their key fob as well.

Toyota RAV4 Remote Connect starts your car… and so much more

The first way you can start your new Toyota is on your phone through a new application called Remote Connect. With Remote Connect, you can perform many useful functions such as starting and turning off your car, seeing how many miles until you run out of gas, and locking and unlocking your car doors. This is all with the touch of a few buttons on your phone. Did I mention starting and turning off your car? Oh yes, that’s right I did.

Your 2019 Toyota RAV4 and Other Models May Have Remote Engine Start, and You Might Not Know It

The 2019 Toyota RAV4, as well as Camry and Avalon models, are filled with an abundance of safety features and new technologies. But, did you know your new Toyota may already have remote engine start and you did not even know it? Here is what you should know.

Your Car May have remote engine start…and you might not even know!

Toyota has partnered with Stage 13, the content studio that is part of Warner Bros. Digital Networks, in the unscripted Asian food and travel series “Family Style.”

The series features the all-new Toyota RAV4 in custom branded vignettes and in the episodes shot in Los Angeles. The series offers a look not just at Asian food, but the history and culture that brings the food to the dish from the cast and their celebrity guests.

Toyota said it was attracted to the series because of the millennial and diverse cast and its alignment with its current “What If?” campaign for the Toyota RAV4, which focuses on personal discovery and puts a spotlight on the journey just as much as the destination.

Toyota’s return to the 2019 Super Bowl in February kicked off the “What If?” campaign with a spot featuring powerhouse female football player Antoinette “Toni” Harris. SEE FULL STORY BELOW:

Toyota has partnered with Stage 13, the content studio that is part of Warner Bros. Digital Networks, in the unscripted Asian food and travel series “Family Style.” The series features the all-new Toyota RAV4 in custom branded vignettes and in the episodes shot in Los Angeles.

Toyota Canada – – Rated 3 based on 295 Reviews “So I’m on the fence regarding Toyota, and soon to fall off. I’ve been a loyal Toyota customer for cl…”

Welcome to the official Toyota USA YouTube Channel! From the Toyota Highlander to the Toyota Supra, we’re in the business of making great cars and trucks. We also care about benefiting people, the community, and our planet in order to build a better tomorrow. 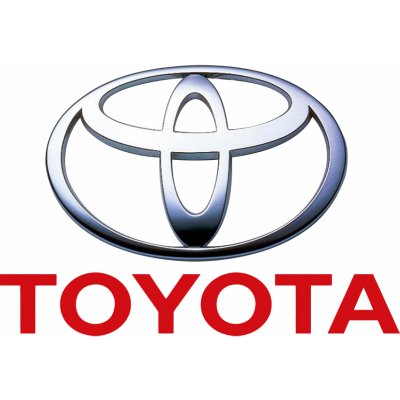 View Toyota Yaris exterior photos and get ready to elevate your drive to a whole new level.

See Corolla exterior photos and get ready to elevate your drive to a whole new level.

View Toyota Camry exterior photos and get ready to elevate your drive to a whole new level.

View Toyota Avalon exterior photos and get ready to elevate your drive to a whole new level.

View Toyota 86 exterior photos and see how the 2019 Toyota 86 takes the road by storm with its unrivaled blend of form and function.

See Sienna exterior photos and get ready to be the life of the block party.

View Toyota Tundra interior and exterior photos and get ready to elevate your drive to a whole new level.

View Toyota C-HR exterior photos and get ready to elevate your drive to a whole new level.

View 2019 Toyota RAV4 interior photos plus RAV4 exterior photos, and get ready to conquer more than the commute.

View Toyota Highlander exterior photos and get ready to elevate your drive to a whole new level.

View Toyota 4Runner exterior photos and get ready to elevate your drive to a whole new level.

Browse Sequoia photos and get a full 360 view of the 2019 Toyota Sequoia. View Sequoia exterior photos plus take a look at Sequoia interior photos & videos

View Toyota Land Cruiser exterior photos and get ready to take the road by storm.